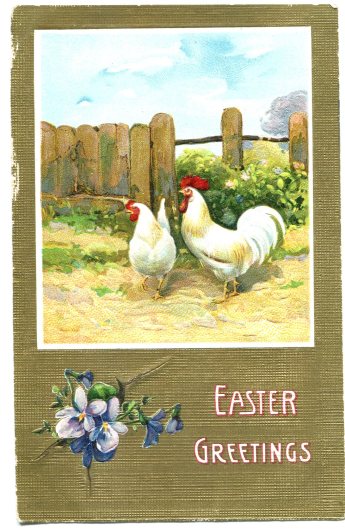 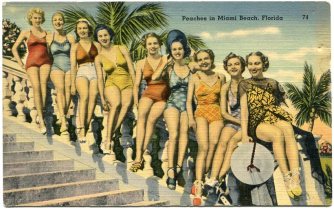 The Peaches of Miami Beach, Florida. A vintage postcard from the KBL Family Collection.

From the KBL Family Collection.

From the KBL Family collection. Keith B. Lile, tail gunner with the 321st/445th cleaning the tail guns of a B-25.

From the KBL Family Collection. An unidentified airman, 1945.

The KBL Family Collection contains a wide array of images and ephemera from Keith B. Lile who served as a tail gunner with the 445th on Corsica and in Italy between 1943 and 45.

From the HSB Collection of vintage postcards, 1908.

With a Loving Eye: The Photographs of Jini Dellaccio

Organized and made available by the Harbor History Museum and the Jini Dellaccio Collection.

See a sampling in this mini-exhibit gallery:

The story of Jini Dellaccio is one with roots in the Pacific Northwest and branches of significance that reach across the world. After attending the Art Institute of Chicago, Jini took up photography when she and her husband, Carl, moved to Long Beach, California. There, a new camera in her hands, Jini put her keen eye for composition and lighting to work behind the lens. Portfolio shots for emerging models helped her make a mark in a field dominated by male photographers. Then, after she and her husband moved to Gig Harbor, Washington, an exhibit at the Tacoma Art Museum spawned a new gig— photographing emerging rock bands of the 1960s.

Teenaged members of The Sonics, The Wailers, The Daily Flash, Merrilee Rush and the Turnabouts, Neil Young, and even The Who on their first US tour were captured through Jini’s lens. Her images became album covers and publicity shots, most of which were shot on the grounds of her Gig Harbor home.

In addition to her fashion and rock photography, Jini traveled extensively with her linguist husband who specialized in Spanish Language learning. In Fiji and Mexico, Jini made portraits of people she met on their travels, connecting with her subjects—and they with their viewers—through open, all-seeing eyes.